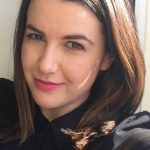 Even the most astute political observer could be forgiven if he or she missed a last minute amendment this week to Bill 96, the government’s reform of the French language charter. It was tabled last Tuesday evening, after weeks of controversy stemming from a Liberal Party amendment that would have forced English CEGEP students to take three classes in French. The Coalition Avenir Quebec government has now softened its tone. French Language Minister Simon Jolin-Barrette said he heard the concerns of parents, students and CEGEP administrators. Students will now have the option to take three classes in French or five French as a second language classes, an improvement according to CEGEPs, even if they aren’t jumping up and down about what’s being touted as a compromise.

The whole kerfuffle could have been avoided, of course. Liberal leader Dominique Anglade admitted as much when she made her mea culpa a couple weeks ago apologizing to the anglophone community for the ill thought-out amendment initially adopted in February.

This past week, she told reporters at the National Assembly: “Now this is hopefully behind us. We will be talking with the English-speaking community and defending the rights of every single anglophone as well.”

However, growing animosity in the English-speaking community over Bill 96 has led to the creation of two new political parties, both selling themselves as alternatives not only to the CAQ, but also to Anglade’s Liberals. This fall, anglophone Quebecers will have the choice between former Montreal mayoral candidate Balarama Holness’ party, Mouvement Québec as well as the new Canadian Party of Quebec. Federalist voters may also choose to support Eric Duhaime’s Conservative Party of Quebec.

However, these new parties could end up giving Quebecers less representation in the National Assembly, not more. Polls already show the CAQ aimed to win between 90 – 100 seats out of 125 with potentially less than 50 percent of the popular vote. Parti Quebecois MNA Pascal Berubé called this eventuality a “democratic deficit.” Dividing the opposition vote even further could just allow the CAQ to make even more in-roads, for instance, by electing candidates on the island of Montreal.

Just like Prime Minister Justin Trudeau, Premier François Legault has given up on adopting proportional representation to replace our first-past-the-post voting system. Berubé said this amounts to a broken electoral promise.

“They’re laughing their heads off. They look at Quebec like a game of Risk and they want all the seats!” he said.

This week, Legault was heavily chastised for a distasteful joke in the National Assembly. When long-time Liberal MNA Pierre Arcand rose during Question Period Wednesday, the premier was overheard uttering off microphone, “He’s not dead yet?”

“It’s as if the arrogance of the premier has no limits,” Anglade told reporters at a news conference following the incident.

Premier Legault has been known to stick his foot in his mouth. As in the past, the premier quickly apologized. Via Twitter, he said Arcand was a “friend” and that it was a “bad joke.”

Polls are often not accurate at predicting election outcomes, especially when the start of the campaign is still several months away. However, what recent polling does indicate is the possibility for a much stronger second mandate for Legault’s CAQ, which would also mean disaster for the Liberals and the PQ. In that event, it will also likely lead to a change in leadership for those parties, which will weaken the opposition even more, at least for a time. Opposition parties are right to worry about the level of arrogance of the current government – the problem is it could get much worse.

CAQ softens tone on amendment that would have English CEGEP students take three classes in French was last modified: May 3rd, 2022 by qct_admin