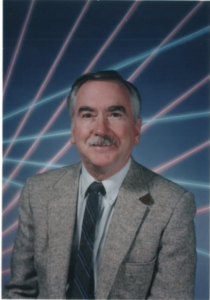 George Hilbert Waddington passed away peacefully on Nov. 1, 2022, in Quebec City at the age of 87. He was the son of the late George Waddington, professor at Université Laval, and Madeline Lardon, translator for the US army in Paris during the First World War. He was predeceased by brothers and sisters Jacqueline, Edward, Colette, William and Madeleine. Funeral arrangements will be private.

Waddington graduated as class valedictorian from Quebec High School in 1952. He studied at McGill University and spent six years teaching at Department of National Defence (DND) schools in Europe before returning to an illustrious teaching career at QHS until his retirement in 1992. At QHS he introduced several new programs, including driver education, Ciné Club, a cultural program for gifted students, a media centre and student exchanges with Western Canada, to name a few contributions. He also introduced the first hardcover school yearbook. Donations in his memory to Quebec High School Alumni would be appreciated.