Provincial health access committee being reformed under the radar

Advocates for access to English-language health and social services are concerned by planned regulatory changes that will affect the structure of the provincial access committee (PAC), the review body which oversees programs developed by regional health authorities to ensure access to English-language health services. The changes to the Health and Social Services Act were published without fanfare in the Gazette officielle du Québec on June 30. Although they have not taken effect as of this writing, they may be republished in the Gazette at any time, after which they will become law.

“These changes were sprung on us in the context of Bill 96 and the pandemic,” said Eric Maldoff, chair of the Quebec Community Groups Network (QCGN) health and social services committee. Maldoff, a Montreal-based law yer, has been active in the health sector for decades, negotiating with successive provincial governments on behalf of the English-speaking community. He explained that English speakers living in Quebec have the right to receive health care in the official language of their choice, and every regional health authority must develop an access program to ensure that patients have that right in practice. Programs are developed in collaboration with regional access committees (RACs) and the PAC.

“The [RAC] asks the question, what are we going to do if an anglophone needs certain services – are the services available in the region, do we have to organize bilingual staff or an interpreter or [work in partnership with] another region?” explained Richard Walling, president of the Jeffery Hale-Saint Brigid’s advisory committee and past president of the PAC. “It also sets objectives for improvement if there’s a gap in a certain area.” Every regional access program is reviewed by the relevant RAC, composed of community stakeholders, and by the PAC, also composed of stakeholders, which reviews the programs before they are submitted to the health minister for final approval. The PAC would also have to approve any attempt to remove bilingual status from an institution.

Since 2018, prospective PAC members have been proposed by a selection committee designated by the QCGN and the Community Health and Social Services Network (CHSSN). Under the reforms proposed in June, members would be appointed by a selection committee chosen by the minister, and the PAC would no longer be able to designate its chair and vice-chair or control its own communications. It would be subject to a new ethics code enforced by a ministerially appointed secretary, and the structure of regional representation would be altered.

The new regulations would also create a situation where the PAC would cease to exist for an undetermined period, Maldoff explained. “Once these changes come into effect, current committee members will be terminated, and there won’t be a [PAC], right at the moment we need it to complete the first revision of the access programs in 10 years and to provide its opinion on Bill 96, as it is mandated to do.”

Walling said many community members did comment on the regulations during the 45-day comment period which followed the initial publication. “Some elements of the proposed regulation were concerning,” he said. “We’ll have to wait and see [if further changes are made]. For the committee to play its role, it has to be close to the community.”

Both Walling and Maldoff say their questions have not been fully answered by the Ministry of Health and Social Services (MHSS) or the Secretariat for Relations with English-speaking Quebecers. “The revision process began several months ago and has respected the normal approval process,” said health ministry spokesperson Marie-Louise Hervey, adding that the changes to the structure of the PAC did not affect its mandate, and would allow the committee “to have greater expertise in the health and social services sector.”

She added that prospective PAC members would have to display knowledge of issues facing the English-speaking community. “We are conscious of the importance of ensuring that English-speaking Quebecers can access the widest possible range of services in their language,” she said. 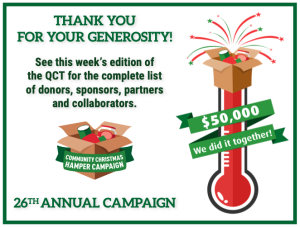