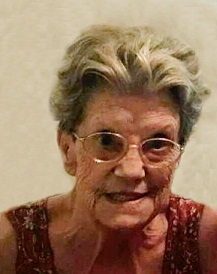 It is with great sadness that we announce the passing of Doreen McLaughlin on Feb. 1, 2022, at the CHUL hospital in Quebec City. She was the daughter of the late Ted McLaughlin and the late Irene Gurry. She lived previously in Loretteville.

Doreen leaves behind her son Dean Crawford and grand- daughter Angelika; her sisters Dorothy (Pierre Duchesneau) and the late Margaret (Winston Crawford); and her brother, the late Brian (the late Elsie McBain); as well as many nieces, nephews, cousins and friends. She is also mourned by her sister-in-law Thérèse Pelletier (the late Wesley Crawford).

A service to celebrate her life will be planned for the late spring or early summer at Christ Church in Saint-Gabriel- de-Valcartier.

The family would like to thank the staff at the Manoir des Pionniers and the staff on the second floor of the CHUL hospital for the kind and professional care given to Doreen.