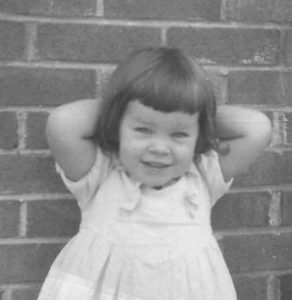 Daughter of Bruce Rourke and Joyce Rourke (Harnell), she leaves behind her daughters, Jennifer Chataway (Scott) of Mississauga, Ont. and Heather Champion (Dino Petrin) of Ottawa in addition to her beloved grandchildren Colin, Connor, Justin and Tehya. She was predeceased by her sister Barbara (Tom Robinson), and leaves to mourn her nieces MarieJosée, Stephanie and Kathleen, her nephew Denis and their families. She also leaves behind her sister, Sandy Rourke of B.C. (Paul Bernardy), nieces Maura and Annie and her brother, Gordon Rourke as well as many friends and people she touched.

She died peacefully in her sleep on June 1 in Mississauga, Ont. She had been dealing with MS for many years and was confined to a long-term care home. She contracted COVID-19 this past Christmas and survived, but finally succumbed to lung cancer. Throughout her years at The Wenleigh Long-Term Care Home, she maintained her dignity, her sense of humour and her strength of character. Staff who dealt with her were devastated to get news of her passing. Her room was always filled with laughter and good spirits, and it was a place many of the staff who knew her could go unwind and relax. She was loved and admired by those who watched her struggle with her afflictions.

Her remains were cremated. There are no other arrangements at the time of this writing. It was her wish that her ashes be spread. Donations in her memory may be made to either Interim Place, The Dam Youth, Erin Mills United Church or the charity of your choice.